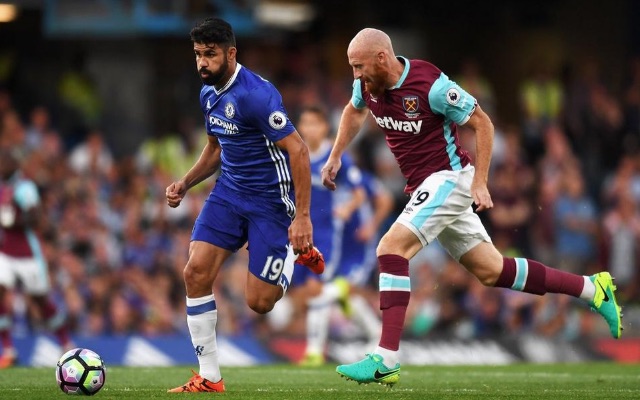 James Collins was on course to be the hero at Stamford Bridge on Monday night, but the West Ham United defender’s bubble burst in the 89th minute when Diego Costa shot through his legs to seal a 2-1 win for Chelsea.

Collins had fired the Hammers level in this Premier League clash just 13 minutes earlier with a stunning left-footed swinger, which cancelled out a first-half penalty scored by Eden Hazard.