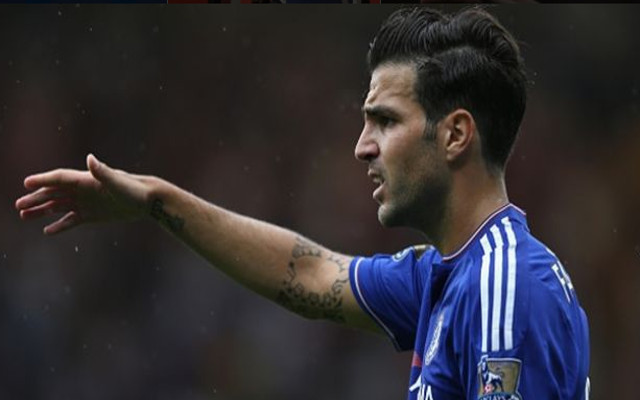 Chelsea boss Antonio Conte has revealed that he’s happy with Cesc Fabregas’ attitude and has left the door open for him to get back into the starting line-up.

The Spaniard endured a difficult season last year along with the entire squad as the Blues finished in 10th place in the defence of their Premier League crown.

From providing 24 assists in all competitions in the 2014/15 campaign, Fabregas managed just nine in 49 appearances last year, and was left out of Conte’s starting line-up for their clash with West Ham United on Monday night.

Chelsea went on to win the game 2-1, and despite seemingly coping without the former Arsenal and Barcelona man’s influence in their midfield, Conte isn’t ruling out Fabregas being a part of his team moving forward.

“When a coach takes a decision there is always a reason but I prefer to keep it for me,” Conte said, as noted by ESPN FC. “But I don’t see any problem and I’m very happy to have these players.

“Cesc is Chelsea’s player and I’m happy with his attitude and behaviour during the training sessions. When you are a great team like Chelsea it can happen. I have to take decisions before the game to choose a starting XI.

“I took this decision but in the next game we don’t know. I can change or not. It’s important that the team comes before all.”

It will be a boost for the 29-year-old to at least have the explanation and reassurance from his boss that he is in contention to feature in the coming weeks and months, and so it will now be up to him to prove to the Italian tactician that he deserves a starting role.

Nevertheless, he’ll be feeling the strain to avoid becoming the forgotten man at Stamford Bridge, as after being left on the bench against the Hammers, he may well face further competition this season if Conte is active in the final few weeks of the transfer window.