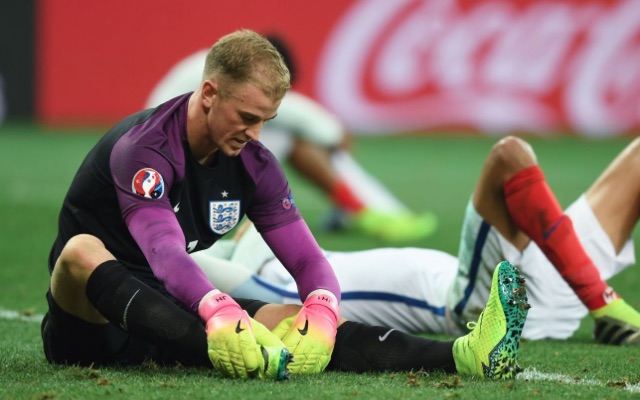 Everton are preparing an offer for Manchester City’s star goalkeeper Joe Hart according to The Sun.

The daily tabloid states that Everton boss Ronald Koeman has set his sights on the England international who was left out of City’s starting line-up over the weekend.

Per-the-source Everton want to sign Hart on a 12 month loan deal with an option to buy included. The Sun goes onto state that Hart isn’t included in Guardiola’s plans going forward and that he is not willing to sit on the bench.

Meanwhile the Mail states that City are prepared to listen to offers of £20 million for the 29-year-old.

Hart joined City from Shrewsbury back in 2006 for just £750,000 and is the Citizen’s longest serving player. The England international made 47 appearances  in all competitions for City last season and kept 18 clean sheets.

Everton host West Brom at Goodison Park this weekend in the Premier League.