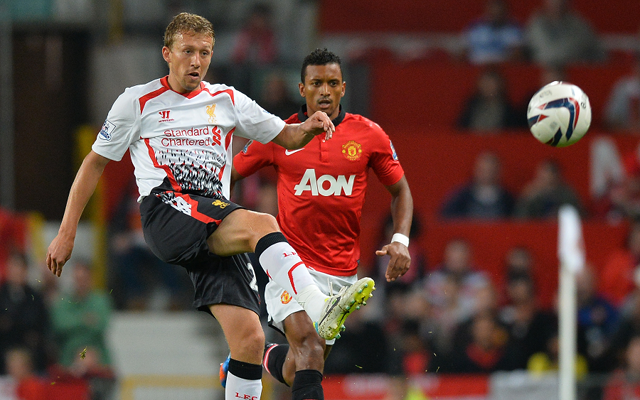 Serie A outfit Inter have joined the race for Liverpool midfielder Lucas Leiva according to the Daily Star.

The report claims that the Italian giants want to bring in a central midfielder and that Lucas is on their summer wish list.

Inter could struggle to sign Lucas as the Reds have been reluctant to release the experienced midfielder over the transfer window.

Galatasaray were on the verge of signing Lucas until Liverpool blocked the move at the last minute.

Lions sporting director Levent Nazifoglu revealed that Lucas was on the verge of joining the club until Liverpool pulled the plug on the deal.

“We are no longer pursuing Lucas Leiva, we will continue efforts to sign alternative names instead,” Nazifoglu was quoted as saying by Emre Sarigul.

Lucas is currently the most experienced member of the Reds squad having played at the Premier League giants for nine seasons.

The 29-year-old has played 315 times for Liverpool since joining from Brazilian outfit Gremio nine years ago.

Lucas is currently recovering from a hamstring strain and missed the Reds 4-3 victory over Arsenal at the Emirates in their first Premier League game of the season.