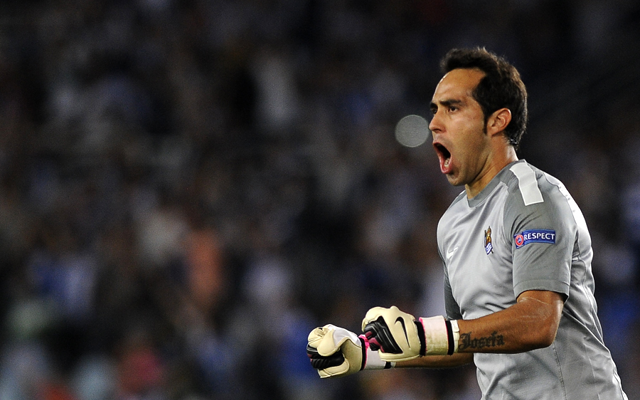 Manchester City have had a £21.7 million bid for Claudio Bravo accepted by Barcelona according to The Sun.

The report states that City’s newly appointed manager Pep Guardiola has set his sights on the Chile international as a replacement for Joe Hart.

Hart’s Manchester City future has been cast in doubt after he was dropped from Pep’s starting line-up which faced Sunderland in the opening week of the Premier League.

Meanwhile, The Sun has also linked the England international with a move to Everton. Per-the-source Everton want to sign Hart on a 12 month loan deal with an option to buy included. The Sun goes onto state that Hart isn’t included in Guardiola’s plans going forward and that he is not willing to sit on the bench.

Hart made 47 appearances  in all competitions for City last season and kept 18 clean sheets. Everton host West Brom at Goodison Park this weekend in the Premier League.