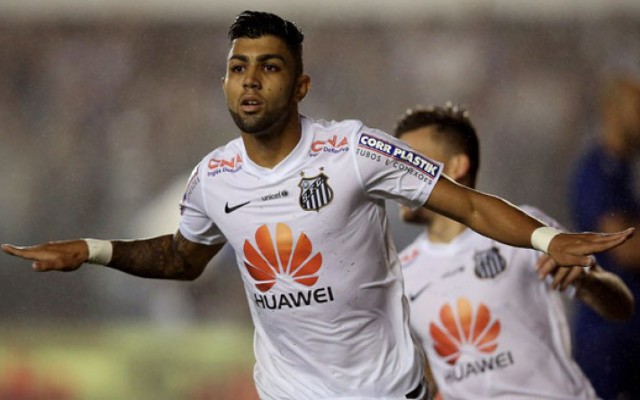 Santos starlet Gabriel Barbosa is reportedly set to make a decision on his club future with five clubs from Europe hoping to sign him this summer.

The 19-year-old helped Brazil to Olympic gold on the weekend as his focus has purely been on the Rio Games this summer rather than his future.

However, with the tournament now concluded, The Express have revealed that he is set to make his decision with Manchester United, Chelsea, Leicester City, Inter and Atletico Madrid all hoping to secure his signature.

Nicknamed ‘Gabigol’, the teenager is considered one of the most talented youngsters in Brazil and is expected to play a crucial part in their future success.

With 24 goals and 12 assists in 82 appearances for Santos, his quality has been there for all to see in his homeland, but time will tell as to whether or not he’ll continue his development there or make the early move to Europe.

Should it be the latter, then it really is a race to sign him as The Express add that United believed that they had moved to the front of the queue with a £30m offer earlier this month.

However, that was later denied by Santos president Modesto Roma, as he claimed that he was merely in Europe to discuss partnerships with some of the leading clubs.

Further, Barbosa recently hinted that a reunion with Neymar at Barca was perhaps at the top of his list, but ultimately there has been no confirmation of any such move.

Barbosa undoubtedly has a bright future ahead of him, but his next decision will be crucial as he will want to play regularly and continue to develop into a top player and must choose the right club to give him that chance.