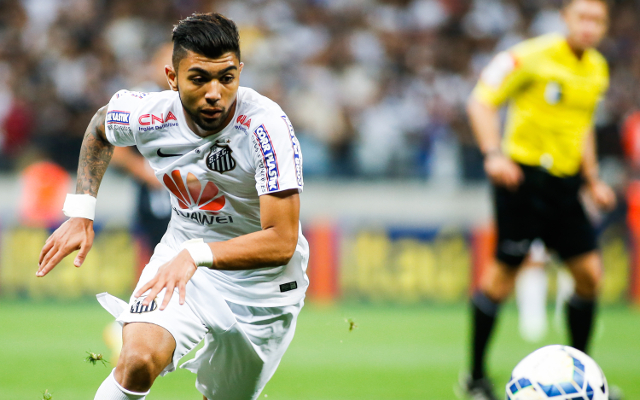 Manchester United target Gabriel Barbosa is being targeted by six of Europe’s elite clubs according to a report in The Sun.

The report states that the Brazil international striker has been also linked with Barcelona, Leicester, Juventus, Inter Milan and Atletico Madrid. The report goes onto state that the Catalan giants are believed to have first option on Barbosa and are the striker’s first choice.

“Up until now, I haven’t really had the time to think about anything because my attention was completely on the Olympics,” Barbosa was quoted as saying by The Sun.

“Now I will celebrate with my family, then I will return to Santos and think about what I should do.”

“He [Neymar] is a great player and playing alongside him would truly be beautiful.”

Barbosa – nicknamed Gabigol – was part of the the Brazil team which claimed the gold medal at the Rio Olympics over the weekend.

The 19-year-old has been in impressive form at club level this season having scored five goals in 10 appearances in all competitions for Santos this season. If United harbour ambitions of signing him, they’ll have to do so relatively quickly with the transfer deadline fast approaching.