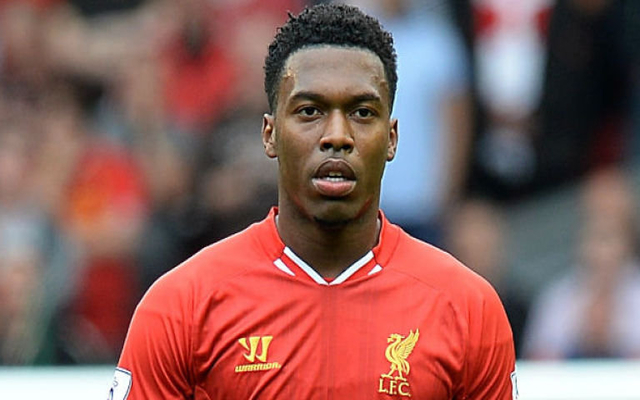 Daniel Sturridge would ‘like to leave’ Liverpool according to the Sunday Supplement panel after the forward painted an angry picture on Saturday.

The 26-year-old was brought on with just two minutes remaining in the 1-1 draw with Tottenham at White Hart Lane, not before Divock Origi was introduced to the game ahead of him.

Sky cameras caught the forward looking particularly irritated, and that has only added to suggestions that all is not well at Anfield with the England international starting just one of the first three Premier League games of the season.

“I think Sturridge would like to [leave],” Daily Express reporter Matt Dunn said on the Sunday Supplement.  “He is speaking as someone who doesn’t see a long term harmony with his manager.

“He has got an England manager who says he needs to be playing regularly, he has ambitions to be scoring regularly and is a player who loves playing football – there are lots of reasons why he would want to leave.

“Whether Liverpool would want to sell him is another matter.”

While Sturridge has been left frustrated with being played out of position on occasion too, there is an argument to suggest that Dunn has a point with several factors pointing in that direction.

However, the general consensus on the panel was that the former Chelsea and Manchester City star just has to get himself fit and prove his quality again, as ultimately he has a record which suggests that when he’s consistently in the team, he can deliver goals regularly.

The issue for Sturridge though is his fitness and habit of picking up knocks, and so time will tell as to whether or not he gets the chance from Jurgen Klopp to play as the main striker for the Reds consistently.

If not, then perhaps talk of a possible exit will gather momentum and the forward could be looking at yet another move in a career that continues to be disrupted.

For now though, with just a few days remaining in the transfer window, Sturridge isn’t going anywhere and will need to focus on impressing in training and getting himself to the front of the queue with Roberto Firmino surely not the long-term answer in the role up front.