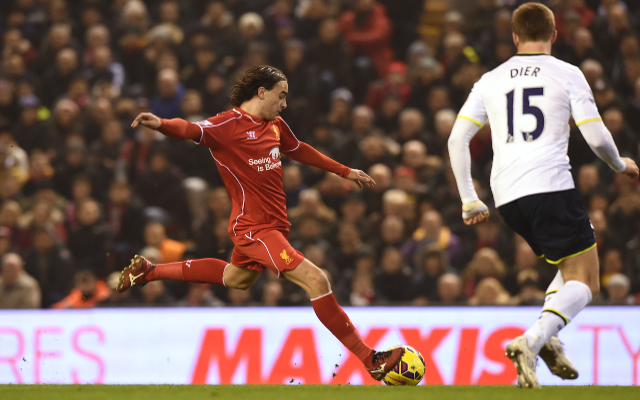 Liverpool have given the green light for Lazar Markovic to leave Anfield according to The Sun.

Per-the-source, while Markovic was present during the Reds pre-season tour, he is not included in Jurgen Klopp’s plans for the current season.

The 22-year-old joined Liverpool from the Portuguese giants Benfica for £21.5 million back in 2014. However, Markovic has struggled to settle into the Premier League since making the move.

Fenerbahce took the Serbia international on a season-long loan deal last season however, Markovic spent the majority of the year in the treatment room following a run of injuries.

Liverpool take on Leicester City in their next Premier League game on September 10.