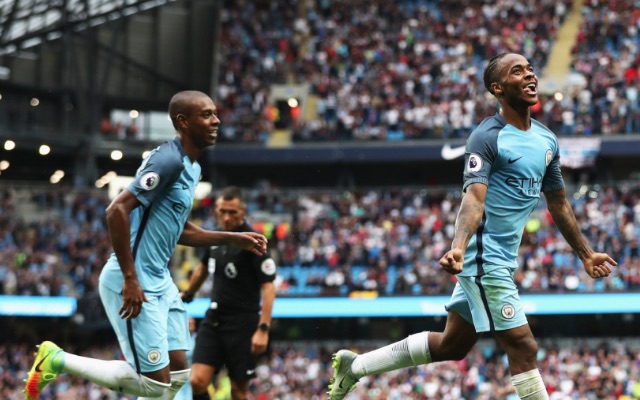 Hammers blogger Will Pocock was our man on the ground and he has now picked out talking five points from the game.

It’s no secret Guardiola has set his sights on unearthing the talent that Raheem Sterling promised before City splashed the infamous £50 million on him, and thus far, he’s doing a fine job. A glittering performance against the travelling Irons earned him another Man of the Match award, with two measured strikes hitting the back of Adrian’s net. Under Pelligrini he looked timid, playing with fear and not expressing himself – but no more. Pep’s free flowing football in the final third allows him to run at players, and move intelligently off the ball, linking up seamlessly with team mates. He really looks a new player, and has seen his halting career suddenly revived. Expect to hear his name much more this season.

2. Bilic may have found his full backs

Despite arguably being worthy of a second yellow card on a few occasions, West Ham’s Arthur Masuaku was fabulous today at the Etihad. He showed superb composure when in possession of the ball, playing out of the back with ease; as well as venturing forward on several occasions. His technical ability, and his great close control was showcased as he went in, then outside of Zabaleta, sitting up a super cross for England new boy Michail Antonio to nod home. On the other side, Antonio started as the wing back. However after a disappointing first half, he was pushed up into midfield and Sam Byram came on as the full back, to great affect. Byram has had a solid start to his first full season as an Iron, and will likely be the first choice right back for this West Ham campaign. 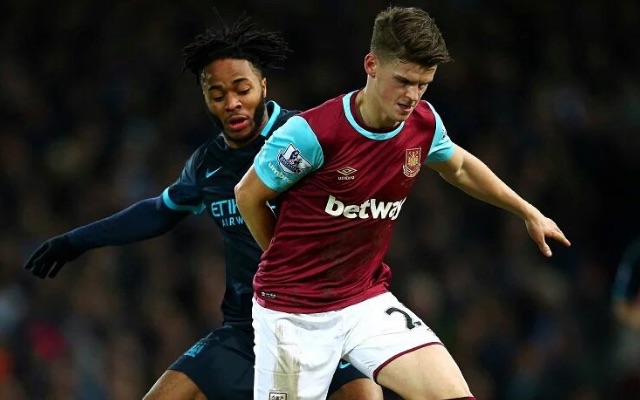 After a testing, intense few months of pre-season, followed by these three games of the Premier League – Guardiola’s ‘tika taka’ possession based football is building a head of steam, acquiring all 9 of their first 9 available points. Attractive, precise, and probing, the City players are performing just as the Spaniard would have envisioned. From John Stones playing the ball out from the back, to Raheem Sterling capping off fine moves – the Blue side of Manchester really are firing on all cylinders…as are their Red counterparts.

With nine unavailable first team players, the Hammers were again forced into playing a make shift line-up. Gokhan Tore begun the game as one of West Ham’s three centre midfielders, which is deeper and more central than the winger would usually play. Additionally, 20 year old Ashley Fletcher was deployed as one of the starting strikers. He again impressed in spells, as he did against Astra, though it is clear he is still slightly too young, and may need a few more cameos before challenging for a starting spot. With the likes of Dimitri Payet, Aaron Cresswell, and new signings Feghouli, Ayew and Zaza all unavailable, it was obvious the claret and blue outfit were not as strong as they’d have liked to be.

5. No Aguero for the Derby?

City could see their star man Sergio Aguero banned for the highly anticipated debut Manchester Derby for their new managerial heavyweights, after a clash with Winston Reid led to him seemingly flying an elbow at the centre half, many have said it would be worthy of a ban – and rightly so. The supremely talented Argentine has been pivotal to the Citizens ever since his arrival, and this year is no different if his scoring form is anything to go by. If retrospective action is taken on the forward, City would certainly have to adjust their game plan, as youthful understudy Iheanacho will likely take his place. A different entity up front, Guardiola will undoubtedly have some hard thinking to do come the United game; with, or without starlet Sergio Aguero.