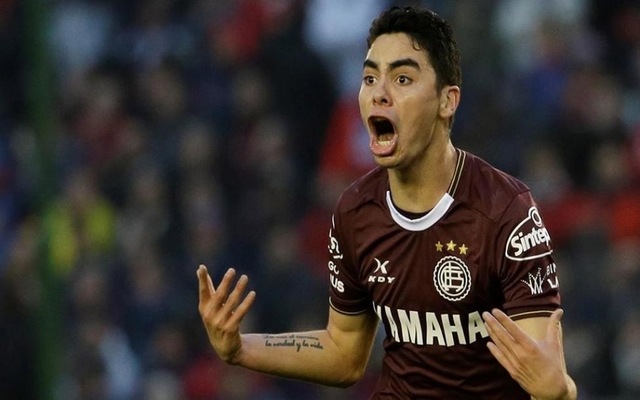 It’s been a busy week for the French tactician, as he is expected to confirm the signings of Shkodran Mustafi and Lucas Perez from Valencia and Deportivo La Coruna respectively on Tuesday.

However, according to The Sun, that might not be where his business ends prior to the deadline, with Almiron now emerging as a possible addition over the next day or so.

The 22-year-old currently plies his trade for Lanus in Argentina, and made his debut for Paraguay at the Copa America earlier this summer.

The winger has four goals and three assists in 29 appearances in all competitions in his short career thus far, and it remains to be seen whether or not he’s genuinely done enough to emerge on Wenger’s radar.

While the Arsenal boss has received significant criticism this summer for his lack of transfer activity, he’ll likely now be pleased with the players that he’s been able to bring in.

By signing Mustafi, Perez and Granit Xhaka, the 66-year-old has addressed three key areas in his squad that needed strengthening for this season.

Not all supporters will be content with the calibre of player that he has signed, but time will tell as to whether or not Wenger has done good business this summer as they will look to build on their first win of the Premier League season when they return from the international break.

With under 48 hours to go until the deadline passes, it remains to be seen as to whether or not speculation over Almiron turns into anything more tangible. It’s been a busy week or two for the Gunners, and perhaps adding Mustafi and Perez will be enough to convince them that they’ve got enough to compete.