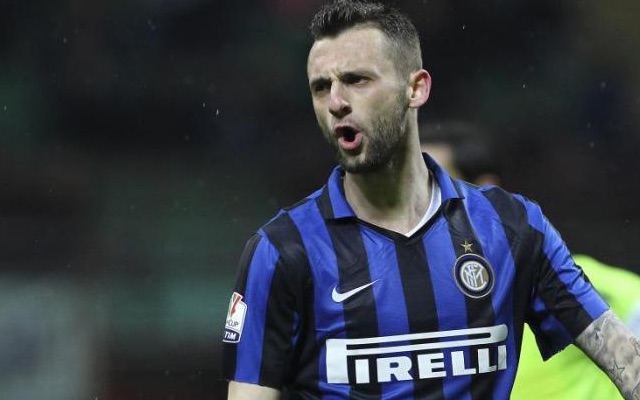 Chelsea are reportedly closing in on the £25m signing of Inter midfielder Marcelo Brozovic, while a deal for Fiorentina’s Marcos Alonso isn’t far off either.

It’s been a relatively quiet summer for the Premier League giants, with Antonio Conte making just two new signings since his arrival at Stamford Bridge.

As noted by BBC Sport, former Leicester City midfielder N’Golo Kante arrived in a deal reportedly worth £30m, while Marseille striker Michy Batshuayi signed with the Blues in a £33m deal, according to The Guardian.

It might have taken a while to add to the two new faces in the squad, but as reported by The Daily Mail, it appears as though Conte is set to add two more new signings to his team with under 48 hours to go until the transfer deadline passes.

A £25m deal for Croatia international Brozovic is said to be close with Inter likely to consider a sale after spending significantly to land Joao Mario over the weekend.

Conte evidently still wishes to bolster his midfield, and with the Inter man able to add aggression and creativity in that department, he could be the perfect signing at this stage.

Elsewhere, the Italian tactician still has a major problem with his defence as he remains short of quality and depth, particularly in the central areas, and would undoubtedly be in trouble if either John Terry or Gary Cahill picked up an injury or suspension.

In turn, it has led him to Fiorentina defender Marcos Alonso, who the Mail claim could move to west London in a deal worth £23m.

The Spaniard’s versatility can see him play in various positions, including left-back, central defence and in midfield, but given his natural position is on the left, Conte could yet decide to continue his search for a centre-half too.

However, should he complete the two deals noted as expected, that will see him break the £100m spending mark in his first summer as Chelsea boss, with Kante, Batshuayi, Alonso and Brozovic forming an integral part of his new-look side, provided the latter two transfers are done.