Tottenham Hotspur have announced four deals in the last hour.

Spurs have signed 21-year-old winger Georges-Kevin Nkoudou from Marseille and sent Clinton N’Jie in the other direction on loan. 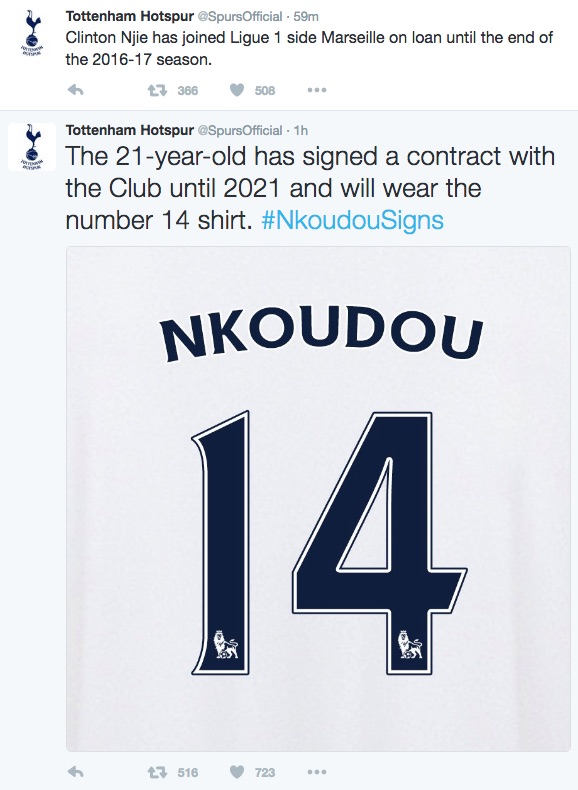 Although the N’Jie deal is just a loan move for now, the fact that the new Nkoudou squad number is no.14 – N’Jie’s old digits – suggests that he might not be coming back.

In addition to sending N’Jie out on loan, Spurs have also sanctioned loan moves for goalkeeper Luke McGee and 20-year-old midfielder Nathan Oduwa – both to Peterborough in League One.

McGee was on the bench at the weekend as Tottenham held Liverpool to a 1-1 draw at home, although he has never made a full appearance for the senior side, nor has Oduwa.

This will be McGee’s first loan move, while it will be a fourth for Oduwa, following spells at Colchester, Luton and Rangers. 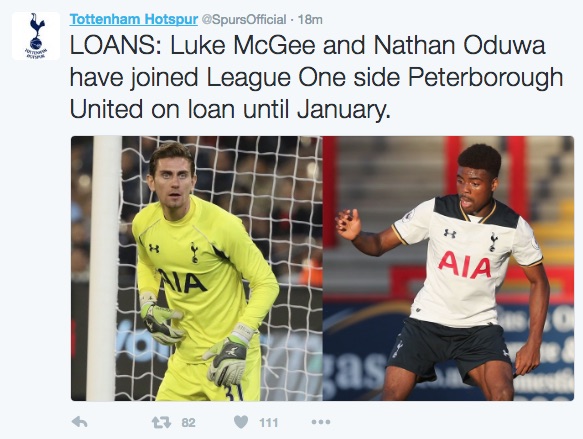