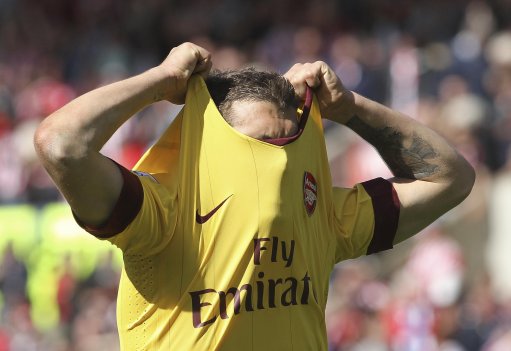 Arsenal’s star midfielder who joined Bournemouth on transfer deadline day has expressed his joy at joining the Cherries on a season-long loan deal according to the Daily Mail.

The 24-year-old was pictured attending his first training session for Bournemouth after putting pen-to-paper on the move last night.

“I’m delighted to have joined Bournemouth on a season-long loan and would like to thank everyone at the club for making me feel so welcome,” Wilshere stated on Twitter.

“I had a good chat with the manager and feel sure that this is the best place for me to play and develop this season.

“I am looking forward to working hard every day with the coaching staff and my new team-mates to help the club achieve success on the pitch. Thanks for all of your support.”

Wilshere’s career has been blighted by injuries, which have restricted him to just 159 appearances in eight years for the North London based outfit.

Last season, the 24-year-old missed the majority of the Gunners campaign due to an injury and made just three appearances. However, he was still called up for the Euro 2016 squad by former manager Roy Hodgson.

The England international’s best year fitness wise was 2010/11 when he made 35 appearances in the Premier League, but since then, he hasn’t managed to reach the 30-game mark once.