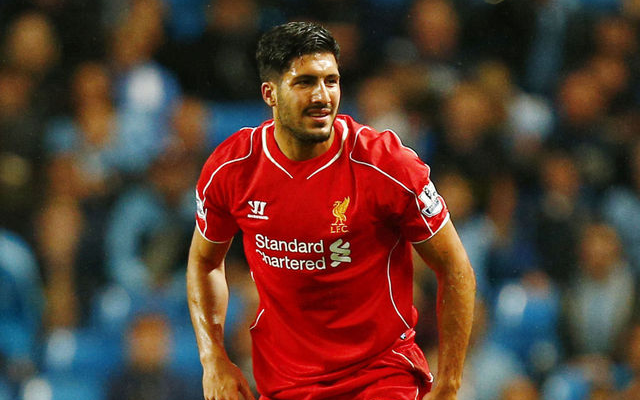 Liverpool’s star midfielder Emre Can is an injury doubt going into the Red’s clash with last season’s Premier League champions Leicester City according to the Liverpool Echo.

Per-the-source Can was taken off with an ankle injury during the Reds EFL Cup win over Burton Albion last week. The 22-year-old sat out of Liverpool’s 1-1 draw with Tottenham over the weekend and missed Germany’s encounter with Finland.

The reports states that Liverpool will not take any chances with Can’s fitness after injured the same ankle late last season. Can will continue treatment on his ankle over the international break with the hope that he will recover in time for Liverpool’s fixture with Leicester City on September 10.

The 22-year-old was given an extended break over the Summer after featuring for Germany during Euro 2016.

Can provided three assists and scored two goals in 49 appearances in all competitions for Liverpool last season.