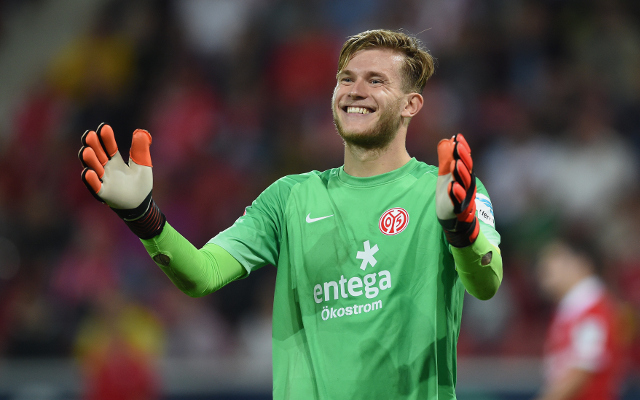 Liverpool goalkeeper Loris Karius has revealed that he has undergone successful surgery on his broken hand to remove wires in place to stabilise it.

The German shot-stopper arrived at Anfield from Mainz this summer, and had been expected to establish himself as Jurgen Klopp’s first choice between the posts ahead of Simon Mignolet.

However, it hasn’t quite worked out as planned after he sustained a broken hand following a collision with Dejan Lovren during their pre-season tour of the US.

The 23-year-old is still expected to be sidelined for some time, but he posted positive news on his social media channels on Wednesday morning after undergoing a second procedure on his hand.

Recovering from a successful surgery ?? Wires are removed, from now on things can only move upwards!??? #LK1 @LFC pic.twitter.com/hjUF4mjXvQ

Karius was back in training on Tuesday, but obviously was only involved in drills that didn’t require the use of his injured hand as he looks to stay fit and sharp before making his comeback in the first team.

In his absence, Mignolet and his Liverpool teammates have conceded six goals in three Premier League outings, and will undoubtedly hope to become less porous moving forward.