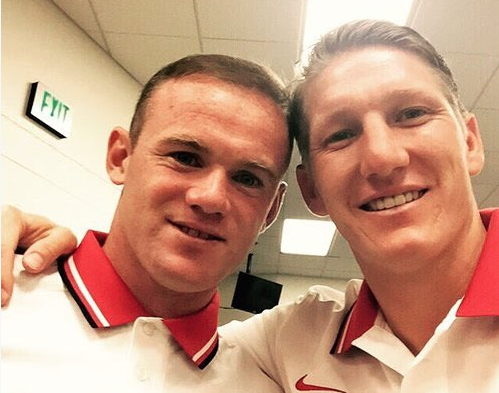 Bastian Schweinsteiger may have been cast aside by Manchester United manager Jose Mourinho but his teammates still appear to be rather fond of him.

Rooney described the experienced midfielder as being a ‘great player and a great person’.

Congratulations to my mate @BSchweinsteiger on a special international career. Great player and a great person! pic.twitter.com/TkuNgec6Zn

Schweinsteiger was part of Germany’s 2014 World Cup-winning squad and retires as Germany’s fourth most-capped player of all time.