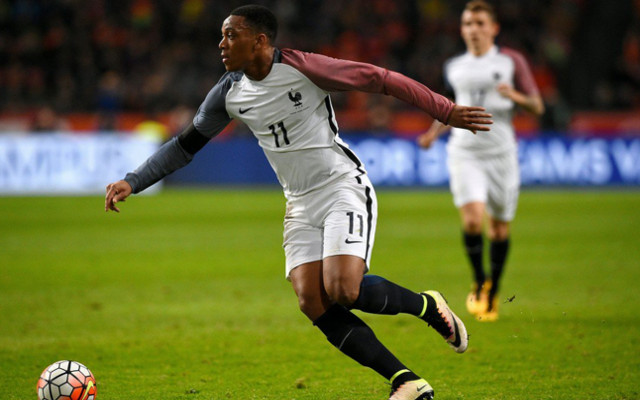 The old rivals squared off in an international friendly in Bari as they prepare for their World Cup qualifiers in the coming week, with Les Bleus picking up the victory.

Goals from Olivier Giroud and Layvin Kurzawa sealed the win for the visitors, but they were sent on their way through this excellent double-act goal from Pogba and Martial.

The latter has struggled so far this season as he hasn’t been able to pick up from where he left off last year, but he’ll now hope that his goal in mid-week will give him the confidence to rediscover his best form.

As for the pass from Pogba, it was an example of great vision and execution from the midfielder, although former Juventus teammate Giorgio Chiellini will be disappointed with his attempts to cut the pass out.

Nevertheless, it’s good to see from a United perspective, as the duo will hope to link up and build chemistry for their club too.