Expectations are at an all-time low following Euro 2016, where Roy Hodgson’s England were eliminated by Iceland after losing a complete joke of a game 2-1 in the last 16.

Nevertheless, according to The Mirror, Allardyce will stick with the core of the team that started against Iceland, making just three changes and naming the XI seen in the graphic below. 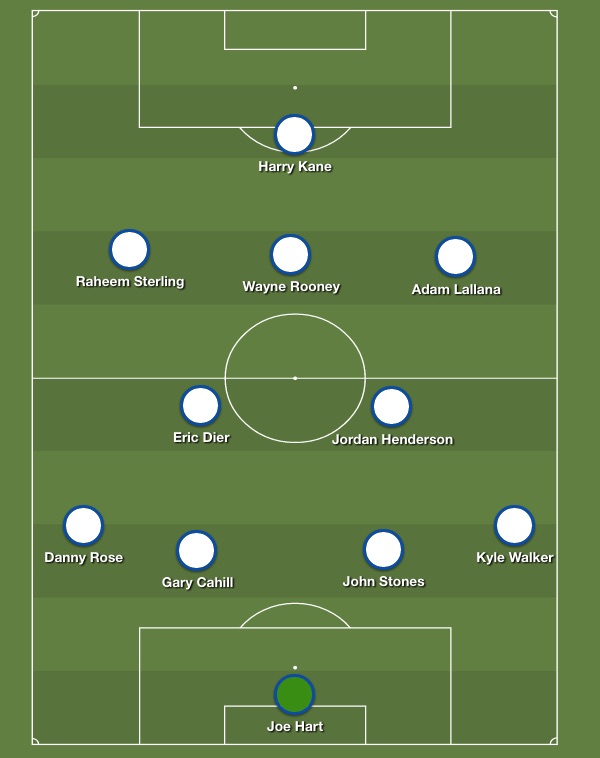 Sturridge’s omission makes total sense. After all, the Reds goal-getter was deployed on the right flank against Iceland, which is not his best position, while he has regularly struggled to get into Jurgen Klopp’s first XI at club level during the early part of the season.

Similarly, Smalling has only made two 89th-minute substitute appearances for United this term, so it should come as no surprise that Big Sam is opting to start with mega-money Man City summer signing John Stones alongside Chelsea regular Gary Cahill.

Meanwhile, Alli has started two of Tottenham’s three 2016-17 Premier League games, but he has been benched to make way for Liverpool captain Jordan Henderson, who has not missed a minute of club football in any competition this term.

However, Allardyce clearly hasn’t based all of his selections on who is in favour at club level because Joe Hart remains no.1, despite being binned by Man City boss Pep Guardiola, who has sent him on loan to Torino for the season.

Big Sam naming his side so early removes the uncertainty from his players’ minds. Critics would argue that this could cause complacency among the starters.

I’m not sure if that’s true, but it certainly does stop people like Tips Daddy – who love making football predictions – from being able to put together a ‘likely XI’.