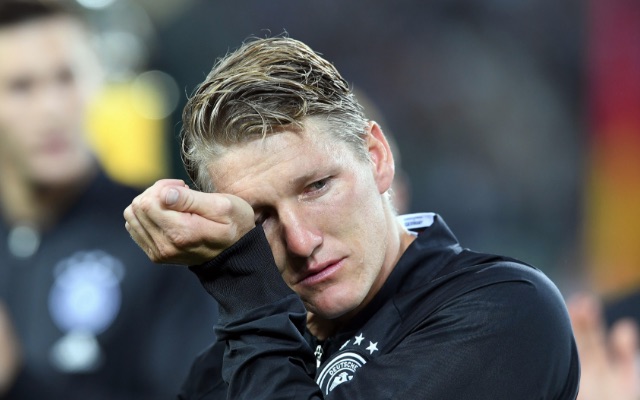 Manchester United have named a 27-man squad for this season’s Europa League.

Red Devils manager Jose Mourinho is expected to use the competition to give first-team opportunities to players who have found Premier League opportunities hard to come by.

However, Bastian Schweinsteiger has been omitted from Mourinho’s European squad despite not playing a minute of Premier League football so far this campaign.

Schweinsteiger’s only appearance this season came at international level as he earned his 121st senior Germany cap in a 2-0 friendly win over Finland.

That was Schweinsteiger’s final game for Germany after he decided to retire from the international scene.

So, with international football no longer on the agenda and having been ruled out of European games for United, Schweinsteiger may as well chuck his passport in the bin for now!

Ten midfielders were named in United’s Euro party of 27, while just four strikers made the cut.