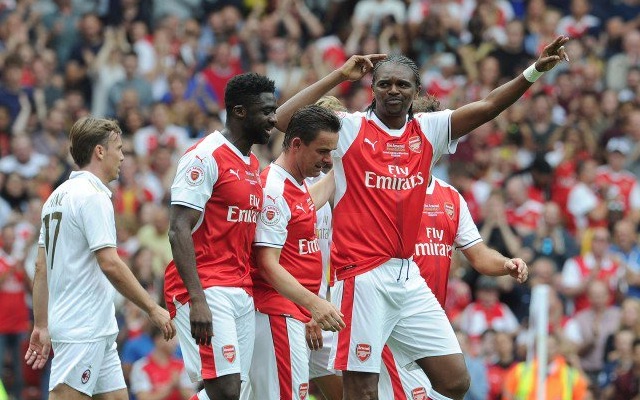 Arsenal dominated the battle of the golden oldies as an Arsenal legends XI thrashed Milan Glorie 4-2 at the Emirates Stadium on Saturday.

Former Gunners striker Nwankwo Kanu – all 6′ 6″ of him – scored three for the hosts.

Kanu’s first two goals came off his head, but he competed his hat-trick by stroking in this second-half penalty with his size-15 right foot.

CaughtOffside’s Sumeet Paul was amongst a packed crowd at the Emirates to capture the scene as Kanu sent Dida the wrong way from 12 yards.