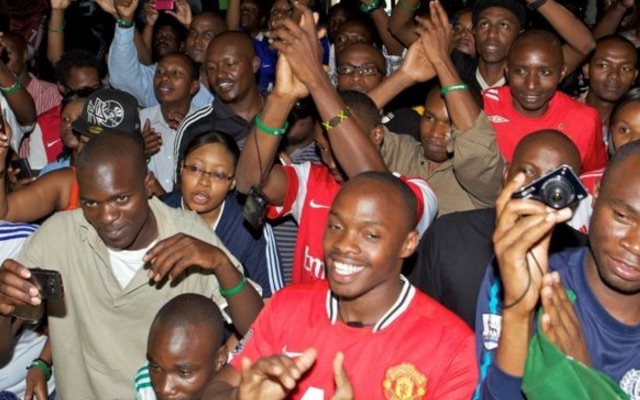 Manchester City are likely to lose millions of African fans to rivals Manchester United, a top football agent has warned.

According to the Daily Mail, City midfielder Yaya Toure will consider signing a pre-contract agreement elsewhere in January, after being omitted from manager Pep Guardiola’s Champions League squad.

Toure’s current deal – worth £240,000 a week per The Telegraph – expires next summer, meaning he will then become available on a free transfer.

Bosman rules mean Toure, 33, will be able to talk to clubs once his contract enters its final six months.

Toure’s agent, Dimitri Seluk, has told the Daily Mail that City’s popularity in Africa is set to plummet as a result of Toure being left out of City’s European squad. Presumably, City’s stock will fall further if and when Toure leaves the Etihad Stadium.

“They will lose a lot of millions of supporters from Africa because of this decision from Guardiola,” said Seluk.

“Now they will support Manchester United. A lot of people in Africa say they will never see any more matches of City on TV.”

Toure is a huge icon in his home continent, having been named African Footballer of the Year on four occasions, although not since 2014.

In terms on team honours, Toure’s list is equally impressive. He has won league titles in four different countries, plus the Champions League and FIFA Club World Cup with Barcelona, as well as the Africa Cup of Nations as captain of the Ivory Coast.