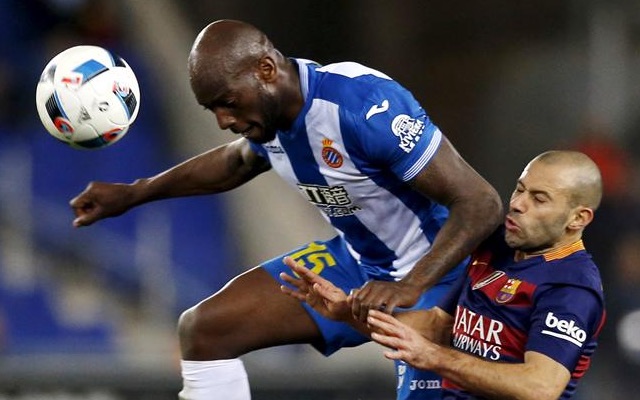 You thought Arsenal’s summer transfer business was done and dusted, didn’t you?

It probably is, although the Gunners still have the option to sign players who are currently free agents.

And one such free agent is seemingly trying his hardest to talk his way into a move to the Emirates Stadium.

Centre-half is one of two positions Arsenal needed to strengthen before the window shut and, while they did bring in Shkodran Mustafi in late August, they is an argument that the Gunners could do with one more, just for piece of mind.

Could that one more be 32-year-old Frenchman Mickael Ciani, who was recently let go by Espanyol.

Ciani has told Goal.com that he wants to come to England and that Arsenal is his preferred destination.

“I like the football in England, the mentality. I like everything,” Ciani is quoted as saying. “I have the physique to play there. I loved Arsenal growing up and always wanted to play in England so I think it is my time to play there.

“Thierry Henry was my favourite player in the Premier League. I was watching him in every game and he was so good at Arsenal.

“I have just left Espanyol and now I am looking for a good challenge, a new one. I would like to play in England so I am waiting for a proposition. The objective is to come to England but if I have a tempting offer from France, then why not?”

Ciani was not released until after the season had begun.

In fact, he has played one match this season, coming off the bench in a 6-4 defeat to Sevilla.

Ciani entered the action in the 37th minute with the score at 2-2, meaning he has conceded four goals in 53 minutes of La Liga action this term. Not the best stats.