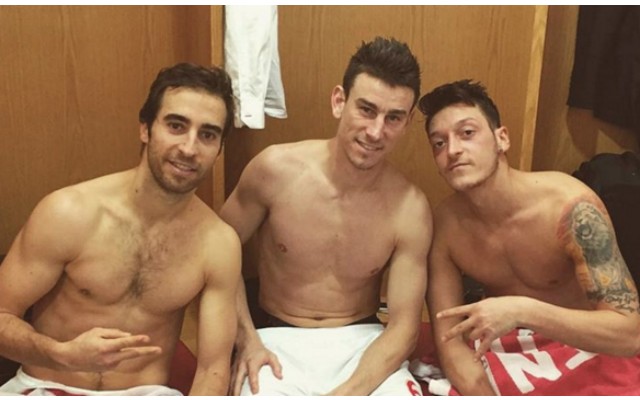 Ozil took to social media to share his delight at the news that Flamini joined the Eagles and included the following caption, “Happy you’re at least staying in the same city, bro!”

Daniel Welbeck described the two players fondness for each other in a recent interview on the Arsenal Media: “The bromance of the season award goes to Mesut Özil and Flamini they are twins. I’ve played with twins, in Fabio and Rafael Da Silva, but these are closer.”

Arsenal take on Southampton this weekend in the Premier League. The Gunners have experinced a difficult start to the season following a defeat at the hands of Liverpool and a draw with last season’s champions Leicester City.