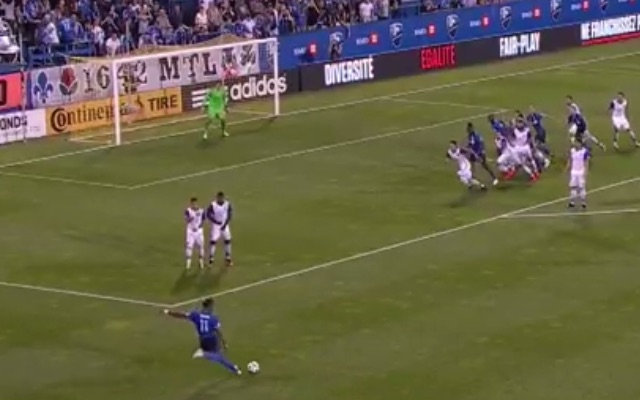 Didier Drogba will be best remembered by Chelsea fans as a powerful frontman who terrified English defences with his physical attributes and predatory finishing.

But don’t forget that the Blues favourite was also a set-piece don, who bagged seven Premier League goals from free-kicks.

Drogba proved last night that he hasn’t lost his free-kick knack as he hit the net with a fizzing effort after just 53 seconds for Montreal Impact against Orlando City.

Drogba was perhaps aided by some questionable goalkeeping, but there’s no denying that he struck the ball beautifully.

Despite getting his side off to a flying start, Drogba saw his Montreal side hammered as Orlando fought back to win 4-1.

And Drogba also found himself upstaged by a fellow legend, with Brazilian superstar Kaka netting twice for Orlando.