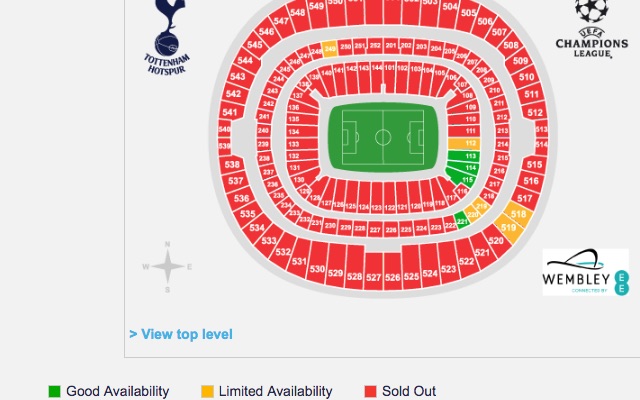 A Champions League record will be broken on Wednesday night when Tottenham Hotspur begin their latest European campaign with a designated home game against AS Monaco at Wembley Stadium.

The game is not yet fully sold out, but the @SpursOfficial Twitter account posted on Friday afternoon to say that more than 80,000 seats had already been sold.

According to the same source, that means Wednesday’s game is set to break the club’s record for the highest ever attendance at a home game.

Against Monaco, we will set a new club record for home attendance, surpassing the 75,038 in 1938 against Sunderland. pic.twitter.com/uGrDlv5Q8L

Furthermore, the Monaco match will see a new British record set for the highest ever attendance at a Champions League home game.

The only time more fans have attended one game in the Champions League in this country has been when it has hosted the final.

He told the club’s Twitter account: “This is going to be the best attended Champions League home game in Britain ever.

“What a way for us to mark our return to the competition.”