David Luiz looks set to make his second Chelsea debut this weekend after the club’s official Instagram account published this photo of his new shirt being printed. 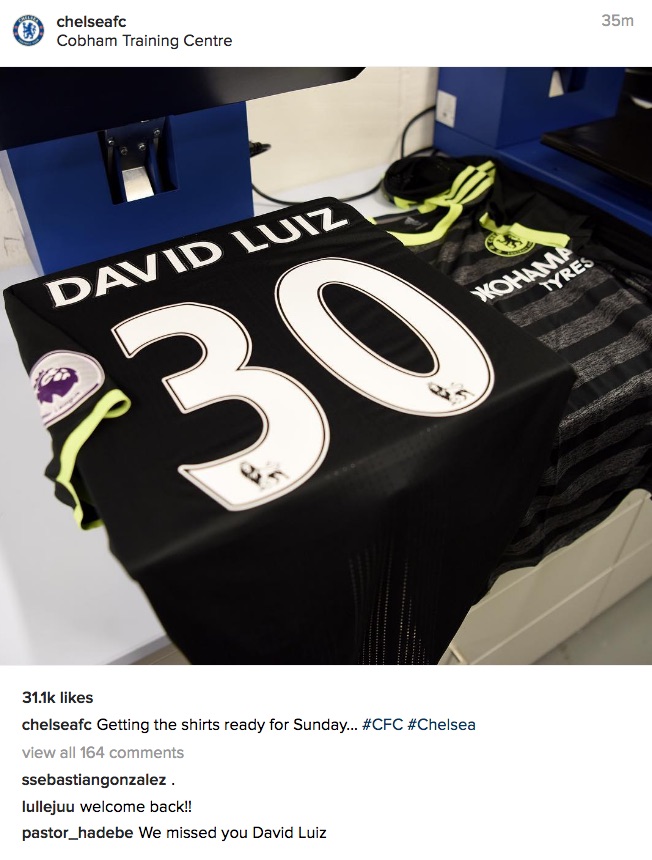 The new David Luiz squad number will be no.30 – formerly worn by the likes of Yossi Benayoun, Rhys Taylor, Jesper Gronkjaer and Tiago.

Luiz’s wore no.4 during his first stint at Stamford Bridge.