It’s going to be a big occasion, as it will be the first first-team at Anfield since the stadium’s capacity was increased by around 8,500 (to 54,094) following the work done on the main stand.

With the landscape of Anfield now different, Liverpool players were understandably allowed to have a pre-match look around the ground this week. 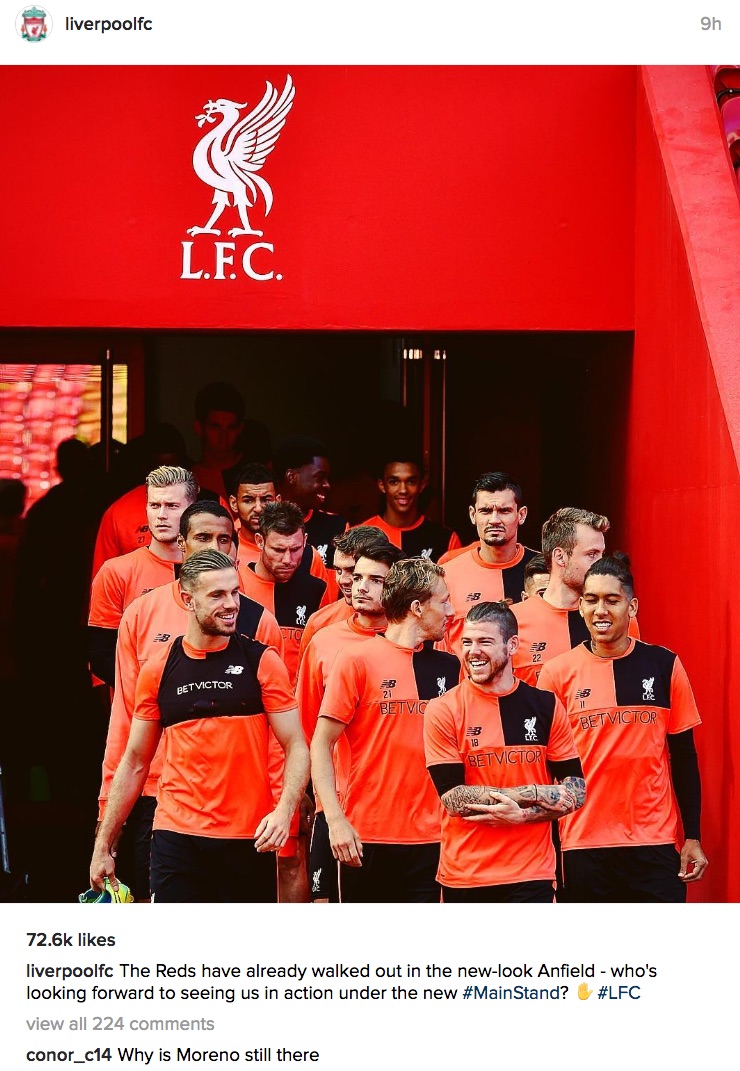 As you can see, left-back Alberto Moreno is at the forefront of proceedings and he seems to be very happy, despite producing some very poor form so far this season.

Moreno played the full game and committed multiple errors as Liverpool conceded three goals at Arsenal on the opening day of the season.

His only other appearance this term was a 13-minute cameo in a 2-0 defeat to Burnley.