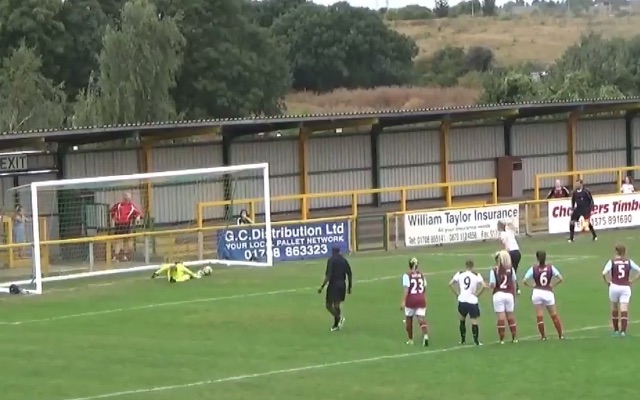 Slaven Bilic’s West Ham United have not made the best start to the 2016-17 season, but the Hammers Ladies team are proof that it could be much worse!

Check out all 10 goals in the video below.

There is some lovely football from Spurs, but there are also some horrible errors.

Two of Tottenham’s goals came from the penalty spot.

The first spot-kick was taken superbly, but the second was quite possibly one of the worst ever witnessed at The Hive in Barnet.

However, thanks to an even worse piece of goalkeeping, the horrific pen found the net.

Well, it didn’t quite hit the net, but at least it went over the line!