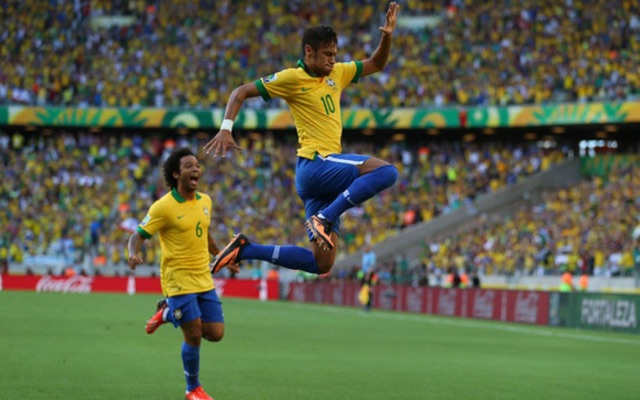 Barcelona superstar Neymar came close to a move to Manchester United over the summer according to ESPN Brasil (via The Sun).

Per-the-source, Wagner Ribeiro – an agent who as close link’s to Neymar’s family – has revealed that the Brazil international was targeted by the Red Devil’s.

“Neymar was also close to a move to Manchester United. But he renewed his contract for less money with Barcelona, because he wanted to stay in Barcelona,” Ribeiro was quoted as saying by the Sun.

Neymar opted to remain at Barcelona and put pen-to-paper on a new deal with the Catalan giants, despite having a more lucrative option on the table from United.

The report goes onto say that the former Santos star’s new contract includes a minimum fee release clause of €200m.

Neymar made his first appearance for Barcelona this season earlier this evening. The 24-year-old was given an extended break after leaving Brazil to Olympic gold at the Rio 2016 games.

Barcelona take on Celtic on Tuesday and face the newly promoted Leganes in the league next week.