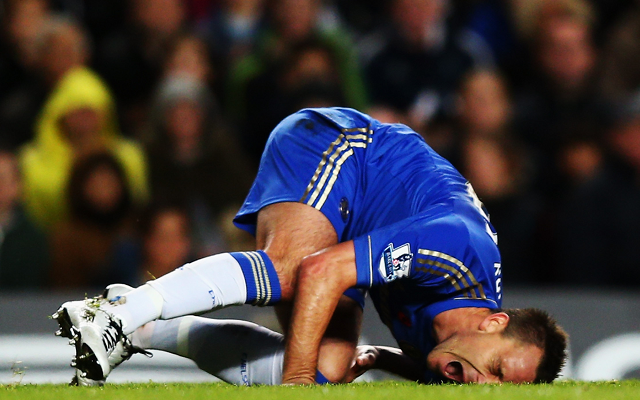 The Blues were held to a 2-2 draw with the Swans on Sunday evening. Terry rolled his ankle towards the end of the game and was in visible pain following the final whistle.

Terry was later spotted leaving the statement on crutches. The images may worry Chelsea fans with the high profile clash with Liverpool being played in just five days.