Arsenal right-back Hector Bellerin has been named as the fastest player in the Premier League as the talk over FIFA 17 ratings continues.

The Spaniard’s blistering speed to get up and down the right flank for the Gunners is a major facet of his game, and in turn it has helped him establish himself in Arsene Wenger’s starting line-up and become recognised as one of the best in his position in England.

FIFA have echoed the chatter about his speed by giving him a rating of 95/100, with Ahmed Musa and Raheem Sterling the only other Premier League representatives to make the top 20.

While it’s an impressive statistic for Bellerin, he just misses out on top spot with Borussia Dortmund striker Pierre-Emerick Aubameyang in first place with a rating of 96.

The countdown to the latest edition of the game continues though, with a fair few neutrals likely to test out Aubameyang’s searing speed when they get their hands on a copy. 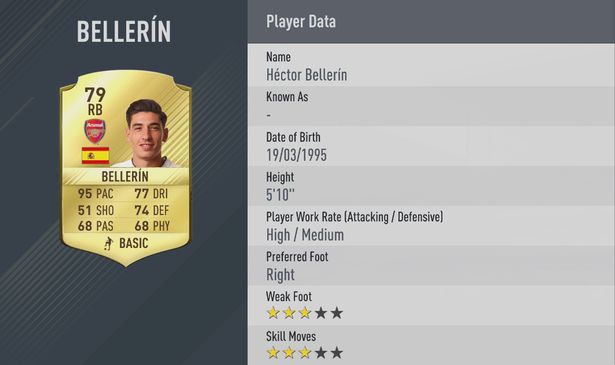