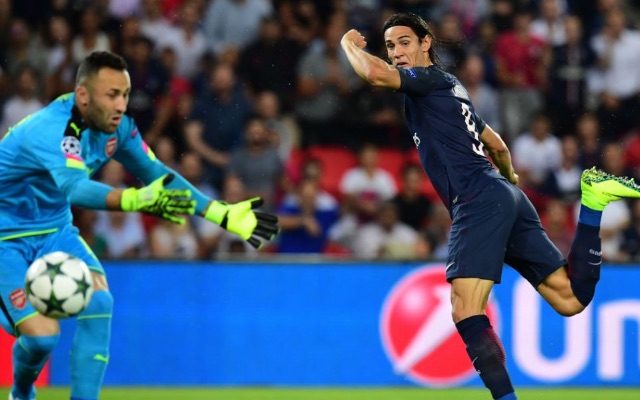 The Colombian goalkeeper made his first start of the season on Tuesday night and his hopes of a clean sheet were shattered within 42 seconds when he was beaten by an Edinson Cavani header.

With some goals, there’s just nothing a keeper can do, right?

The rest of the internet has been much less sympathetic.

And it’s all down to one photo.

In fairness, this photo is indeed unflattering for Ospina.

And it has well and truly gone viral.

Even The Telegraph have trolled Ospina…

With some chicken bantz!

And The Telegraph are not alone…

How to describe David Ospina in one photo. pic.twitter.com/vQ2DUvayBO

"Nothing Ospina could do about that" are you joking. He could start with keeping his eye on the ball ? #AFC

They scoring Ospina but he wants to kill mosquito ????? pic.twitter.com/RZ4gzZFgLQ

In fairness to Ospina, after conceding that goal he made a superb save to stop Angel Di Maria from scoring direct from a corner kick.