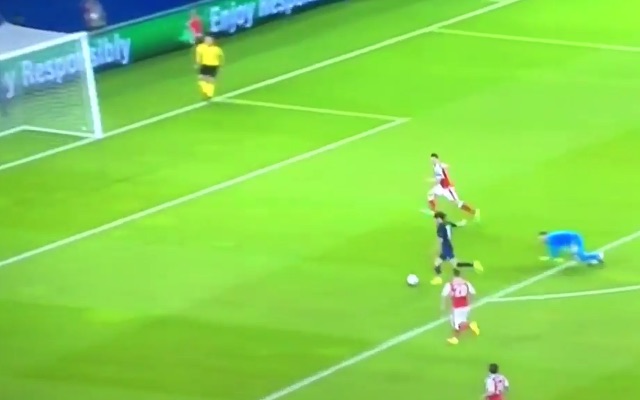 Edinson Cavani took just 42 seconds to score his first goal against Arsenal on Tuesday night, but the Uruguayan then wasted two glorious glorious chances to double his tally.

It is still just 1-0 to PSG at half time, thanks to this open-goal miss.

Arsenal have had their moments in the French capital, but the Gunners have unquestionably been second best.

Before tonight, Arsenal had won their last seven away games against sides from France.

Arsene Wenger’s men must performed much better in the second 45 in order to keep that run going.