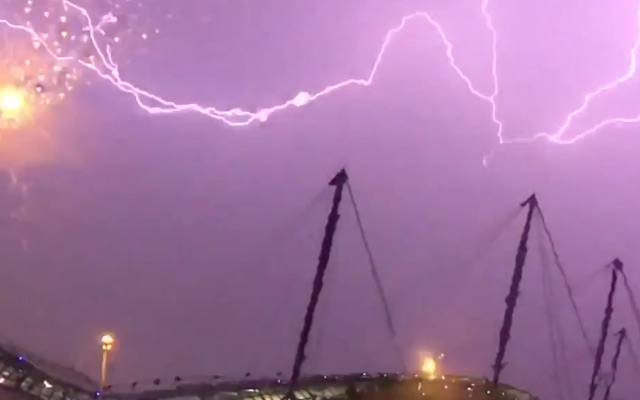 Manchester City v Borussia Monchengladbach was called off at the last minute earlier this evening after the Etihad Stadium was drowned by a flash flood.

It wasn’t just rain that northern sky was belting out though. There was a fair bit of lightening too.

And it looked bloody scary.

The drama of the lightning storm above the Etihad Stadium tonight captured by @LibbyLibbyh7. #mcfc #cityvbmg pic.twitter.com/dvtDl0R8Wd

These pictures were captured by Libby Hynes and then reposted on Twitter by Man City’s official account.

City’s game against Monchengladbach will now be rescheduled, which is frustrating for all concerned.

Why not just have a game of water polo instead?!