Arsenal secured a 1-1 draw at Paris Saint-Germain in their Champions League meeting on Tuesday night, but the French media weren’t impressed with the visitors.

Edinson Cavani handed the Ligue 1 champions the lead in the first minute, but the Uruguayan forward went on to miss several chances to put the game to rest thereafter.

In turn, it allowed the Gunners to snatch a point through Alexis Sanchez’s late equaliser, with the two teams likely to continue to slug it out for top spot in their group.

However, as seen below, L’Equipe were far from impressed with what they saw from certain Arsenal players, particularly summer signing Shkodran Mustafi, who received a rating of 2/10.

Hector Bellerin, Nacho Monreal, Santi Cazorla, Mesut Ozil and Alex Oxlade-Chamberlain didn’t fare much better as they were handed 3s and 4s, although the hero of the night, David Ospina, received a 9/10 for his match-saving stops on Cavani who was dropped down to a 4/10.

It can be argued that some of these ratings are pretty harsh, as although they didn’t particularly play that well, a 2/10 is a bit over the top for Mustafi.

Nevertheless, it hasn’t been a great start to life as an Arsenal player for the German international since his switch from Valencia ahead of the summer transfer deadline. However, he will hope that it’s initial nerves and a settling-in period preventing him from establishing himself alongside Laurent Koscielny to form a formidable central-defensive partnership.

Either way, Arsenal will be pleased with the result, and will hope to improve when they take on Hull City at the weekend. 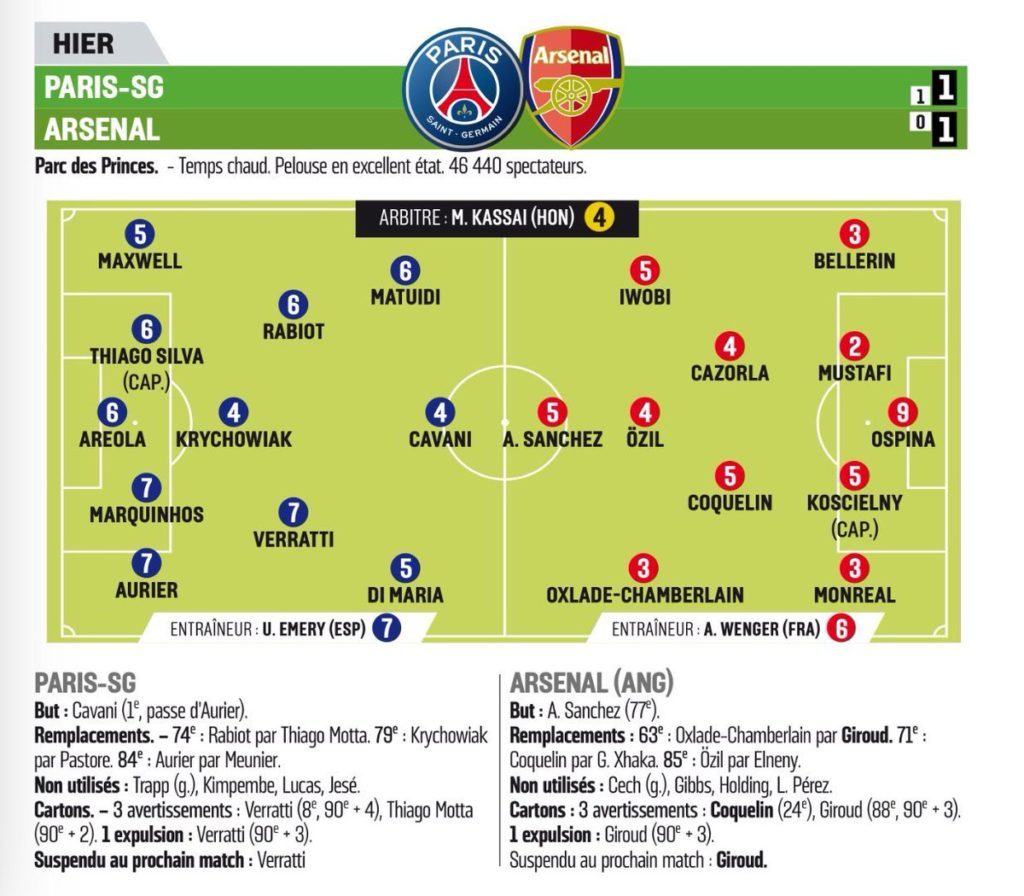