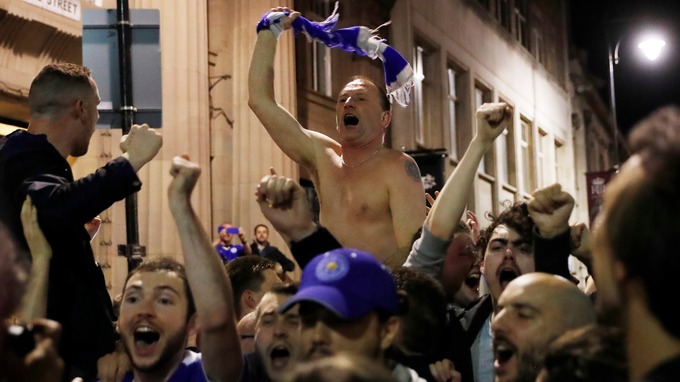 The Foxes travelled to Belgium to take on Club Brugge in their Champions League opener and the fans made their presence felt after taking over the town square in Bruge ahead of the game.

There were jubilant scenes across Bruge after being taken over by the blue and white army.