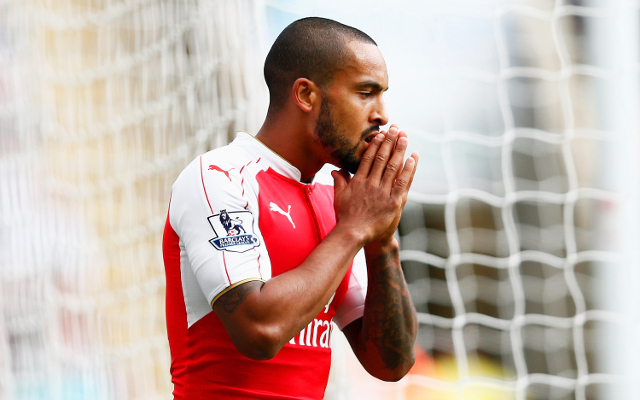 Theo Walcott is one of just four Arsenal players who have started all four of the club’s Premier League matches so far this season.

Goalkeeper Petr Cech and full-backs Nacho Monreal and Hector Bellerin are the other Gunners regulars.

However, Walcott better not get complacent. The England star was late for training today because of heavy traffic. 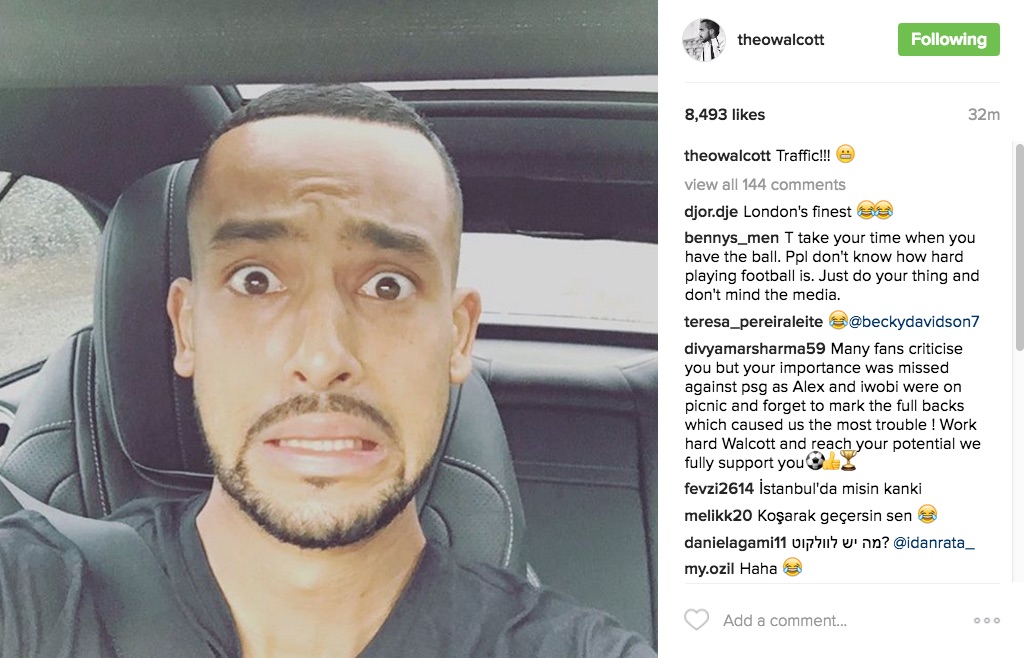 Walcott’s excuse is pretty watertight though, because Sky Sports report that manager Arsene Wenger also failed to arrive on time for his press conference due to road issues.

Arsenal go in search of their third straight league win on Saturday when they travel to Hull City for a 3pm kickoff.

UPDATE! Theo’s representitives have been in touch with CaughtOffside to inform us that he was not late for training. He actually arrived on time, having left early enough to compensate for any traffic issues. Walcott 1-0 Wenger.