Chelsea very nearly made a nightmare start against Liverpool on Friday evening but luck was on their side.

Less than two minutes were on the clock when Daniel Sturridge fired in a hopeful shot against his former club. Blues goalkeeper Thibaut Courtois made a right mess off it and was almost punished.

However, the spin on the ball slowed down it’s journey towards the back of the net, allowing a grateful Courtois time to gather at the second attempt. 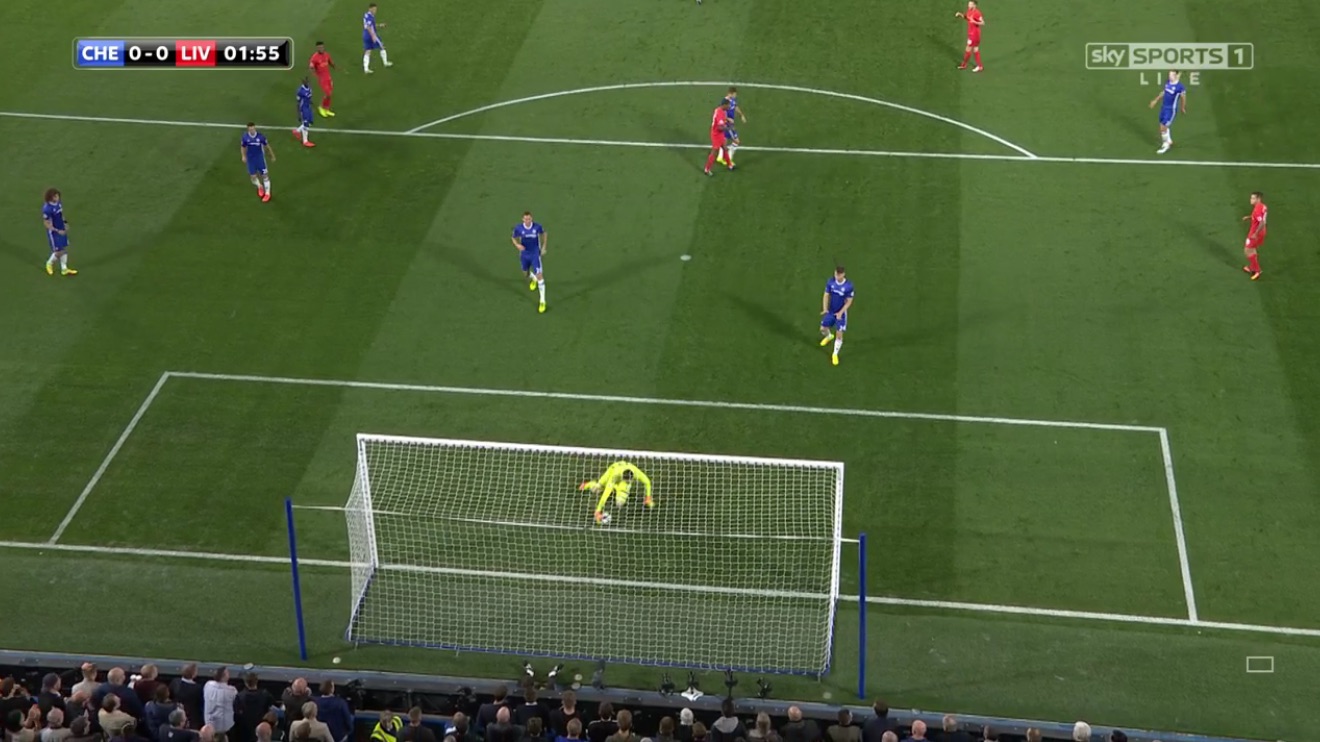 More work for Courtois as former Blue Daniel Sturridge bends one towards goal. The keeper fumbles it but gathers the loose ball. #CHELIV