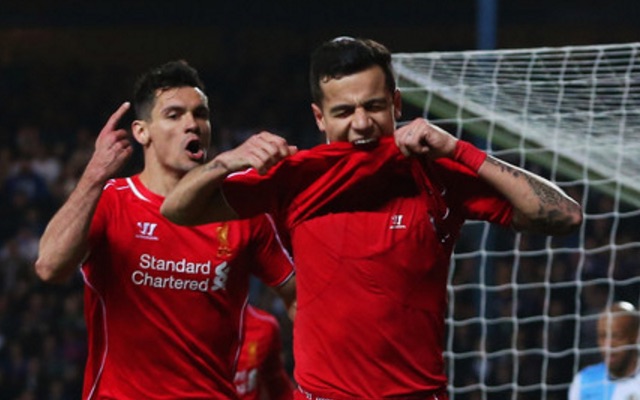 Dejan Lovren missed Liverpool’s 4-1 win over Leicester City last weekend with a black eye but the swelling has since gone down and he is now fit to return as the Reds take on Chelsea at Stamford Bridge tonight.

Croatian centre-back Lovren trained with his Liverpool teammates yesterday and was snapped staring lovingly into the eyes of manager Jurgen Klopp.

@dejanlovren06 is back in training! ? #LFC

Klopp is expected to recall Lovren, who was replaced by makeshift defender Lucas Leiva against Leicester.

Lucas was solid for most of that match, although he produced one horrific error which handed a goal on a plate to Foxes frontman Jamie Vardy.

Here’s how we expect Liverpool to start tonight…

The only position we are slightly unsure about is wide left, where Coutinho could miss out at the expense of Daniel Sturridge.