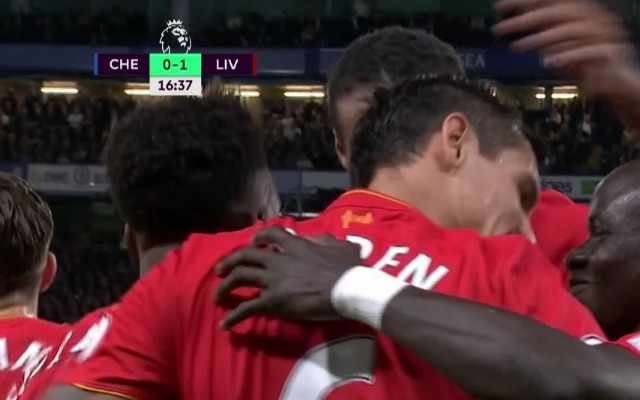 Many Chelsea fans were worried that the home side might miss Terry’s leadership at the back and that Luiz might come up with an error.

And Terry’s leadership and organisational skills were certainly missing as Liverpool took the lead after just 17 minutes of Friday Night Football.

Although it would be unfair to point the finger solely at Luiz, the Brazilian centre-back was one of a whole host of Chelsea defenders who completely ignored goalscorer Dejan Lovren.