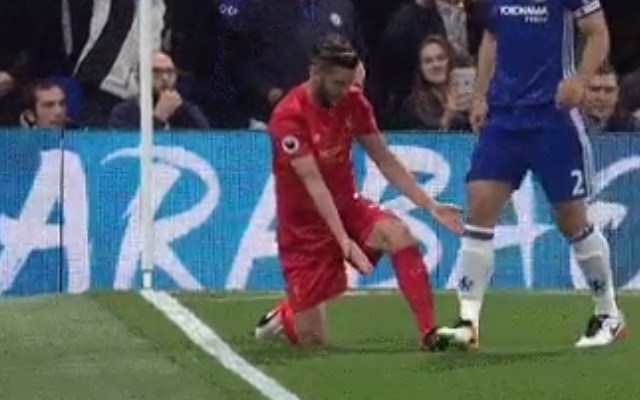 Chelsea vs Liverpool is also a bit spicy.

And Branislav Ivanovic is often an aggressive *****.

Therefore, this should come as no surprise, yet it is still incredible that the Chelsea defender escapes without a yellow card at the very least.

Yes, you saw that correctly. Ivanovic stamped on Adam Lallana, not once, not twice, but three times.

This happened early on during Friday night’s match.

It didn’t seem to knock Liverpool out of their stride though, as they race into a 2-0 half-time lead thanks to goals from Dejan Lovren and Jordan Henderson.