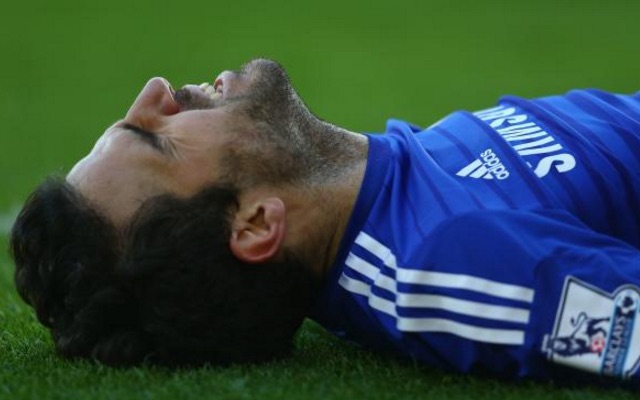 Chelsea midfielder Cesc Fabregas took to Instagram on Saturday to say that he was in pain after his side’s 2-1 home defeat to Liverpool on Friday night.

Thankfully from a Chelsea perspective that pain was more emotional than physical, with the Spaniard claiming: “It hurts a lot to be dropping points again.”

Chelsea won their first three games under new manager Antonio Conte, but then drew 2-2 at Swansea City before this loss to Liverpool.

As a consequence of these slips, Chelsea now find themselves five points behind Premier League leaders Manchester City, who maintained their 100% start on Saturday afternoon by thrashing Bournemouth 4-0 at the Etihad Stadium.

“We must stand up strong and learn from our mistakes,” added Fabregas. “Let’s prepare well for Tuesday.”

Fabregas ended his message, which was accompanied by the photo below, by saying: “Thank you so much for your love once again last night.”

It hurts a lot to be dropping points again but we must stand up strong and learn from our mistakes. Let's prepare well for Tuesday. Thank you so much for your love once again last night. ????

Friday’s defeat again saw Fabregas used as a sub. He has yet to start a Premier League match this season and has only had 32 minutes of top-flight action due to falling behind N’Golo Kante and Nemanja Matic in Conte’s midfield pecking order.