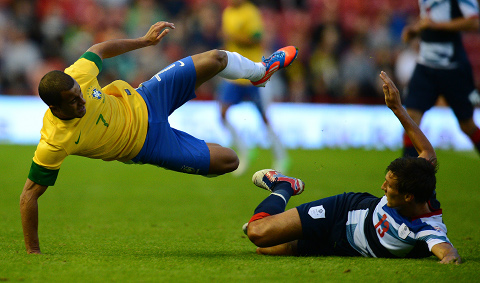 Manchester United boss Jose Mourinho has set his sights on Paris Saint-Germain’s forward Lucas Moura according to the Daily Mail.

Per-the-source, Mourinho is keen to bring the Brazil international to Old Trafford after failing to sign him while he was manager of Real Madrid.

The report goes onto say that Moura’s agent Wagner Ribeiro, has claimed that the Red Devils are interested in his client.

“Who called Lucas Moura (from Real Madrid), who wanted Lucas Moura wasn’t Florentino Perez, it was Mourinho,” Ribeiro was quoted as saying by the Mail

“Mourinho was, and is, passionate for Lucas Moura. So much so that now at Manchester he wants Lucas as well.”

United were busy during the summer transfer window, signing Eric Bailly, Zlatan Ibrahimovic, Henrikh Mkhitaryan and Paul Pogba. Mourinho’s side have spent close to £150 million on new players this season.

Moura – who has 36 caps for the Brazil national team – scored 16 goals in 55 appearances for PSG last season.

United take on Watford FC today in the Premier League as they look to bounce back from back-to-back defeats to Manchester City and Feyenoord.