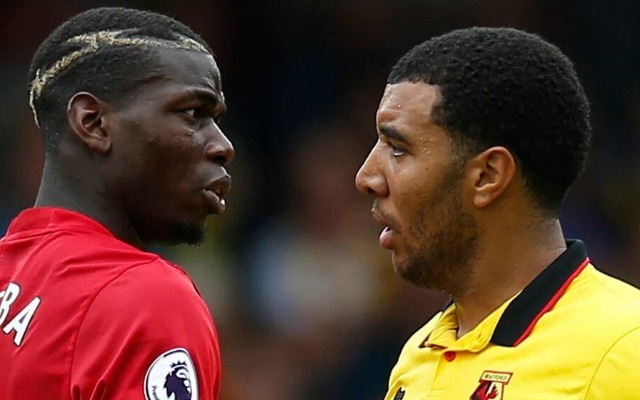 Jose Mourinho’s Manchester United lost for a third straight game on Sunday as they were humbled by Watford at Vicarage Road.

Etienne Capoue and Juan Zuniga scored either side of a Marcus Rashford equaliser, before a 95th-minute Troy Deeney penalty sealed Watford’s 3-1 win in Hertfordshire.

Paul Pogba was again criticised for failing to do whatever the world’s most expensive footballer is meant to do. And to rub salt into the Frenchman’s wounds, Pogba was trolled by Deeney, who celebrated the conversion of his late spot-kick by dabbing.

Dabbing is of course one of Pogba’s favourite pastimes, although he has not done much dabbing since leaving Juventus – probably because he yet to produce a single goal or assist.