Sissoko was Tottenham’s most expensive signing and, according to the ratings on FIFA 17 (released by weFUT.com), the Frenchman is the best player among the Spurs recruits.

The former Newcastle midfielder scores an impressive 80, which earns him a place in the best Tottenham Hotspur XI on FIFA 17. 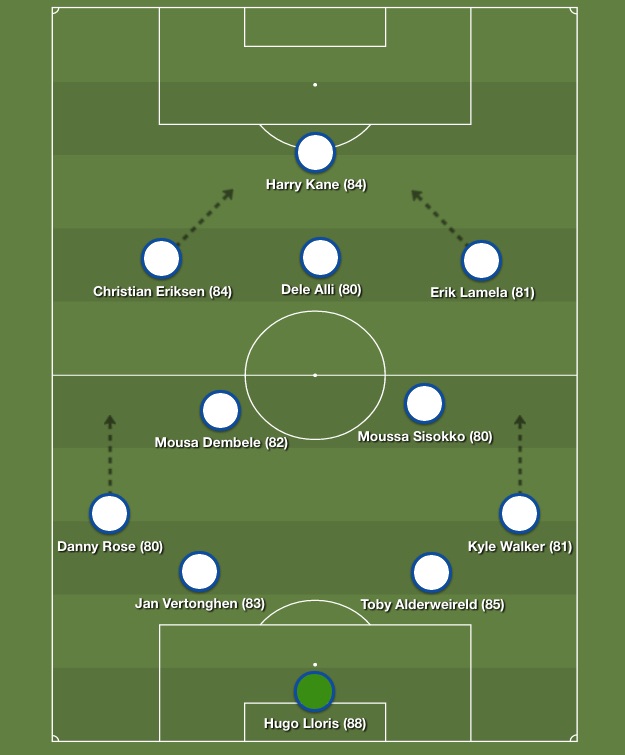 The team above was picked using Tottenham’s 11 highest-rated players.

Wanyama, Janssen and N’Koudou all missed out with ratings of 78, while new reserve goalkeeper, 73-rated Lopez, is not even deemed worthy of a place on the bench.

For the second year running, Lloris is Tottenham’s highest-rated player on FIFA, with a score of 88, while centre-back Toby Alderweireld, 85, is seen as the best Spurs outfielder.

In joint-third on 84 are Harry Kane and Christian Eriksen.