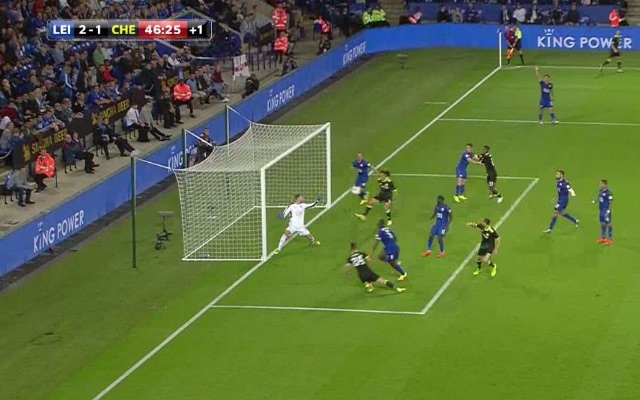 Gary Cahill has been pretty poor in recent weeks.

Without John Terry holding his hand, he just isn’t very good, in truth.

Cahill’s marking is what has really let him down. But it’s not all bad because he’s just scored a goal to get Chelsea back in their match at Leicester City, whose defenders helped him out by doing their best Gary Cahill impressions.

Seriously, what is that marking?

Leicester had been in cruise control before Cahill made it interesting on the stroke of half time.

Shinji Okazaki has scored the other two goals in this match so far.