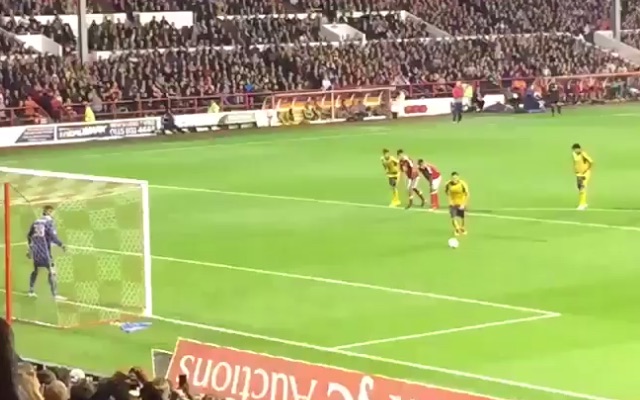 New Arsenal no.9 Lucas Perez has scored his first Gunners goal to put the Londoners 2-0 up at Nottingham Forest in the EFL Cup.

Perez placed a lovely left-foot shot into the inside netting to show Alexis Sanchez exactly how to take a spot-kick following the Chilean’s miss at Hull City at the weekend.

The first goal @LP10oficial has scored for The @Arsenal.

The above video was posted to Twitter by that Moh bloke off Arsenal Fan TV. You know, the one who loves talking about “net spend”.

Arsenal are seemingly cruising towards round four.

And it was special…