Last night was a big deal for 18-year-old Chris Willock as the teenage midfielder made his Arsenal debut in a 4-0 win over Nottingham Forest in round three of the EFL Cup.

It is customary to use photos to remember landmarks such as this, but, unfortunately for Willock, he ruined his big moment by sticking his finger up his nose. 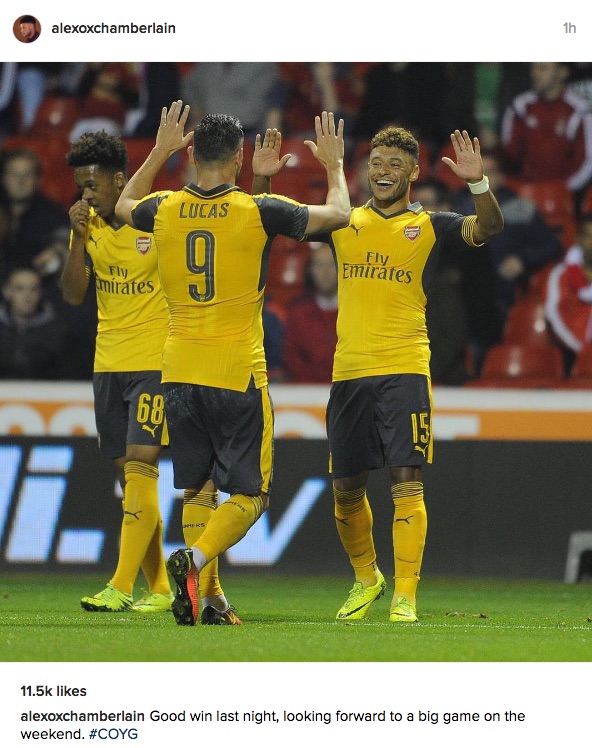 This picture of Arsenal’s bogie-mining no.68 probably won’t be make it onto his nan’s mantelpiece.