Chelsea captain John Terry is seemingly feeling at a loose end during his injury break.

The Blues skipper, who has missed Chelsea’s last two matches with a ligament strain, has been spotted spying on Kim Kardashian during his spell on the sidelines.

JT has kept himself entertained online by following Kim K on Instagram. 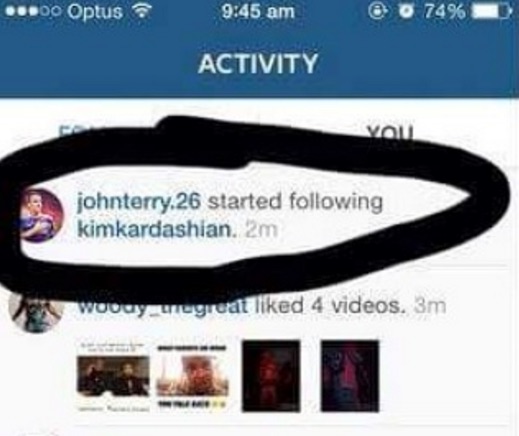 The screenshot above was captured by Bench Warmers.